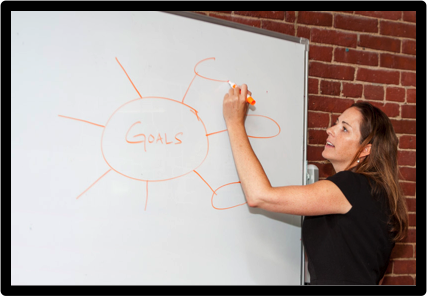 Are You Winning the Sales Battle, But Losing the War

We’ve all heard the phrase “won the battle but lost the war.” It refers to someone that was able to make a short term gain (the battle) at the expense of long term objectives (the war). For example, we’ve all worked with or known someone that was great at winning arguments, but they turned off so many people that they could never advance in their career. Or a baseball team that wears out their starting pitchers to win games early in the season, only to have them be injured or ineffective come playoff time.

Unfortunately, many sales reps unwittingly fall into the same trap. They focus so much on closing new business that sometimes it negatively impacts their long-term success. Here are four approaches that are commonly used to land deals, but backfire in the long run.

1.  The “wear them down” approach.
Some reps look at the sales process as a war of attrition. I’m going to keep hounding them until they finally give me orders. And while persistence is critical to success in sales, beating your prospect into submission is ultimately a losing approach. Even if you finally talk them into giving you orders, you will have a very slim margin of error as the client will likely harbor resentment at being coerced into working with you. But the even greater damage occurs with all of the other prospects that never give in, and vow to never work with your company because of your high pressure sales tactics.

2.  The “purple squirrel” approach.
“Give us your toughest order!” Ever said that before? If the prospect took you up on the invite, more than likely you regretted you asked. Now more than ever companies are looking for people that don’t exist, or there are so few that fit their criteria that it’s almost impossible to find and attract them. These are known as “purple squirrels” in the staffing industry – mythical creatures that our prospect has challenged us to find. The problem with this approach is that we fail the majority of the time, ultimately dooming our opportunity to land them as a client and losing out on a long-term relationship

3.  The “give us a try” approach.
Most sales people at one time or another have said to a prospect “just give us a try so we can show you what we can do.” And while that seems innocent enough and does sometimes work, it is similar to the purple squirrel approach in that it usually sets us up to fail. When clients take us up on this request, there are usually several factors at play that make it difficult for us to be successful. First, we probably are going to get their toughest job, or an ASAP need. Two, we usually aren’t able to do enough due diligence to fully understand the requirements of the position. And three, the client will have a very small sample size to judge us with, so our margin of error again becomes razor thin.

4.  The “knocking on doors” approach.
For hundreds of years, door to door cold calling was about the only way a salesperson could get in front of a customer. Then you know what happened? The phone! Then years later email! Then social media! Yet some people still insist on cold calling. And a very small fraction of that group actually has some success with it. But I can tell you with absolute certainty that you are doing more harm than good cold calling. For every customer you land by walking in their building unannounced and interrupting their day, you are turning off ten times as many with this approach.

If you find yourself using one or more of these tactics, I encourage you to rethink your approach. Instead, focus on ways to demonstrate your value and build credibility in the eyes of the prospect. This way you can win both the battle, and the war.

Looking for a way to  take the guesswork out of goal setting for sales reps? Then download our free sales tool, the Sales Goals Worksheet.

Are you on the “Do Not Call” list? You know, the list where you can opt out of telemarketing calls...
Read More

What Motivates a Prospect to Buy - Consequences, Not Issues

“Why do they continue to put up with such high turnover?” “They keep telling me their current...
Read More