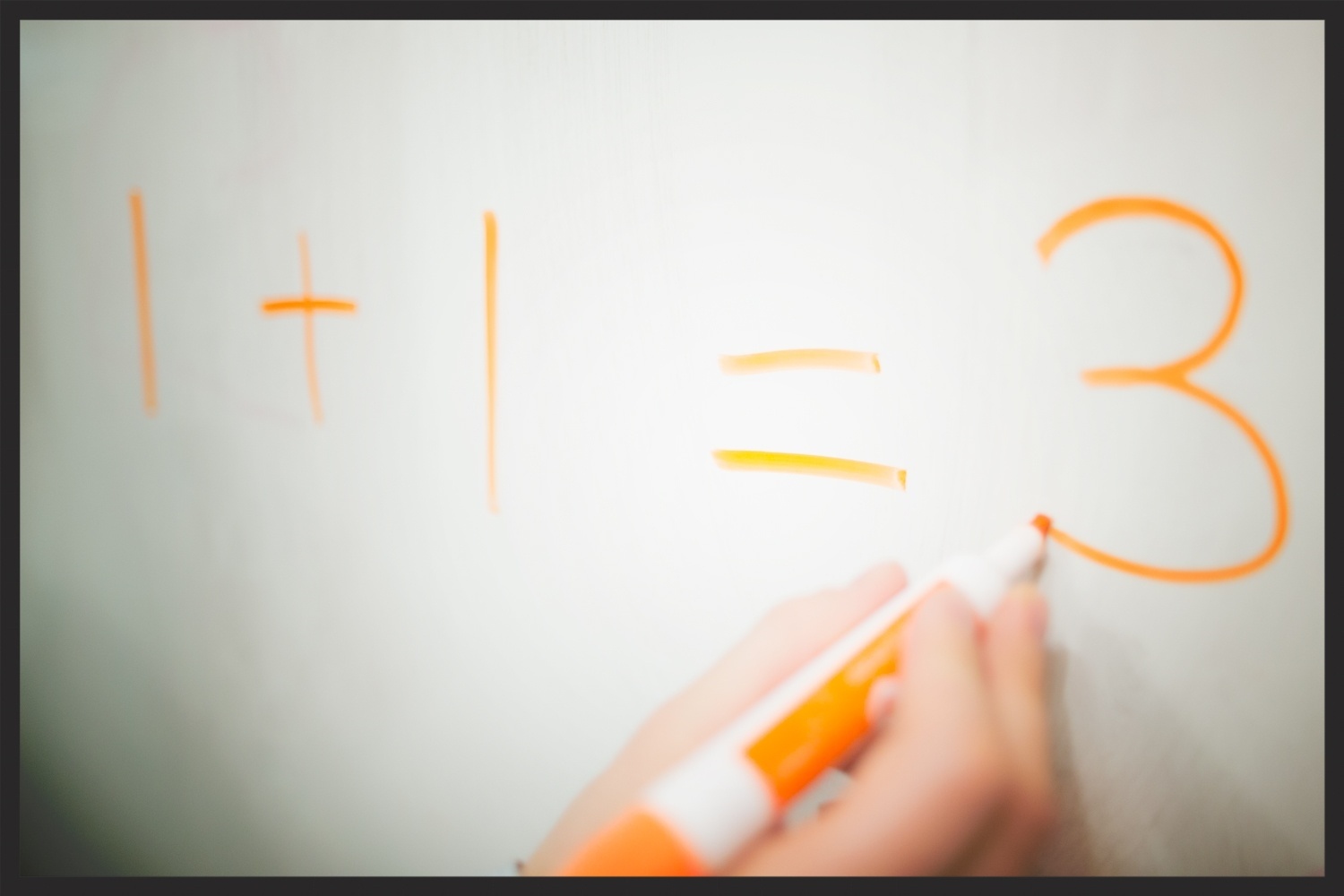 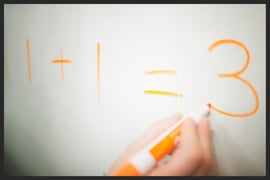 I need a bigger market! Ever hear that? Ever say it yourself? Usually this request comes from struggling to get enough qualified prospects into the sales pipeline. More often than not, this isn’t due to a lack of potential prospects. Quite the opposite is usually the case – you have way too many prospects!

Let’s consider the concept of prospect “touches” and why having too many is actually hurting your sales. A couple of key stats to consider:

So if we take this data and apply it to a sales person that has 1000 potential prospects they are working on, it would take them 8,000 cold calls to reach all of their prospects, and 13,000 touches to run each prospect through the sales process. If that sales person had 200 activities a week focused solely on these 1000 prospects, it would take 5 weeks before they touched each contact a second time, 40 weeks before they talked to them on the phone, and well over a year before they made a sale. The problem isn’t lack of prospects – its that you can’t get to them frequently enough to warm them up!

That is why you see in the chart below that half of sales people give up after the first touch, two-thirds give up after 2 touches and almost all (89%) give up after 4 touches. Its like competing in a 100-yard dash and almost everyone gives up after 30 yards. 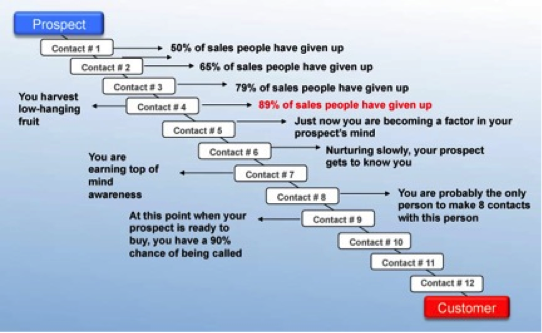 So the key isn’t to have an unlimited supply of prospects, but rather to identify prospects that are most likely to be clients based on the type of business, skill sets needed, where they are located, their reputation in the market, and other factors. I recommend having no more than 300 of these “suspects” at any given time that you can qualify. Once they have been qualified, you should keep a group of about 75-100 prospects that you are actively staying in contact with. As you make progress with this group, they will become targets that are in your actual sales pipeline (or funnel). These are the best few (about 20-30 is ideal) that you have the best chance of closing and should focus additional time on.

How do you divide your time with this group? Well, that depends on how long you’ve been in your sales role and how developed your pipeline is. Early on, you will be focused primarily on qualifying suspects, so you should touch each of them as much as weekly. As you start to qualify these companies, your focus will shift more heavily towards prospects, and ultimately targets. Once you have filled your suspect-prospect-target list, you will have about 430 total companies you are focused on.  If you touch suspects monthly, prospects bi-weekly, and targets weekly, it results in the following:

This is a total of about 155 touches a week. Touches should be a combination of calls, emails, LinkedIn inmails, direct mail, and other sales activities. Your approach should be varied. Creating a 13-week touch campaign is a great way to ensure that you contact your prospects enough times to give yourself the best chance for success.

Remember, by consistently focusing on 300 suspects, 75-100 prospects, and 20-30 targets, you will be more focused and able to hit that number of 13 touches. Meanwhile, your competition is giving up after 2 or 3 attempts.

Looking for a quick and easy way to track your sales activities and meet your sales goals! Then download our free sales tool, the Weekly Activity Planner.

Tags: Prospecting, Sales
Back to Blog

Who REALLY is your biggest competitor?

Looking back at my career in sales, I realize that I overwhelmingly lost to the same competitor....
Read More

Try this the next time you attend a networking event. Sit back for a few minutes and just watch...
Read More

The Single Best Way to Effectively Manage Your Sales Time

Working in the staffing industry presents some unique challenges when it comes to time management....
Read More