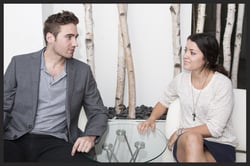 The number one knock I hear on networking as a sales activity is that it doesn’t tend to result in new business. And for many sales people this is true. But in almost every case, it is not because networking doesn’t work, but because the sales person doesn’t network the right way.

Most sales people don’t network enough, and the ones that do typically approach it from a “show up and see what happens” approach. Most of the time, this results in limited interaction with the right people, awkward periods of not having anyone to talk to or butting in to existing conversations, and ultimately frustration. The sales rep then blames the event or organization for being “clickish”, unfriendly, or just plain bad. After one or two attempts most salespeople just give up.

This is where your opportunity lies! That same organization that other salespeople have dismissed could be a gold mine for you, IF you network the right way. Here are 4 ways to get the most out of a networking opportunity and increase your sales.1.  Get involved, really involved.

Only about 3-5% of any organization actually volunteers for something. Yet volunteering is the quickest and most effective way to get entrenched in an organization, meet the right people, build credibility, and get new sales. Ask the executive director or a board member how you can get involved in the organization. Working the registration table, organizing networking events, serving on committees, and joining the board are your best bets.

Most of us tend to be “fashionably late” for events. An after-hours starts at 6pm – we’ll get there at 6:30. The problem is that if you are new to the organization it is very hard to strike up conversations at that time. Everyone is already in conversations, and they all look like they know each other. So you take a couple laps around the room, grab a drink or an appetizer, and hope you find someone else that isn’t talking to anyone. Instead, show up 10-15 minutes before the event starts. You’ll get to meet the executive director, board members, other volunteers, and many times those initial conversations can carry you through the entire event.

Most people go to networking events to find new business, are looking for a new job, or are just there socially. I’ve yet to meet anyone that goes to a networking event to be sold to. Yet that’s the approach for many sales people, and it's a big turnoff. Instead of trying to sell people, focus on why they are there and how you can help them. Build relationships and credibility first, then the sales will come.

Every organization has them; the people that know everyone. Those are the people that you need to get to know very well. They can open up doors for you, be a consistent referral source, be an advocate for you in and out of the organization, and typically are just great people (that’s why everyone knows them). Introduce yourself, find some things in common, and then ask to meet for coffee or lunch some time.

Networking takes planning, effort, and patience for it to pay off. But if you do it the right way, do it enough, and stick with it, networking can be by far your most lucrative source of new business.

Optimism is back in the staffing industry. Business is up, clients are calling us again, and all...
Read More

Try this the next time you attend a networking event. Sit back for a few minutes and just watch...
Read More

If you are like most sales people, you struggle to get prospects to read and respond to your...
Read More