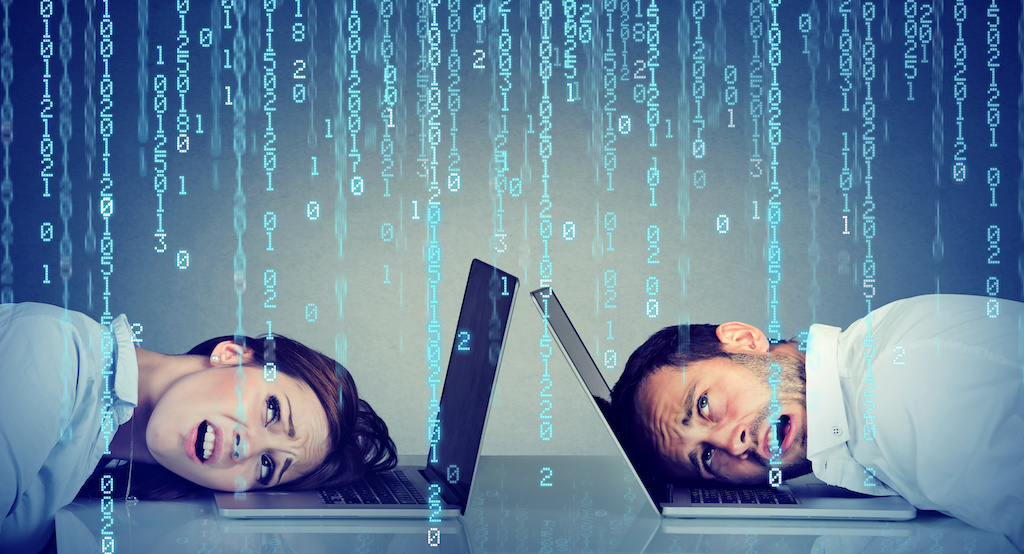 Getting Beyond Technology Challenges

Technology adoption has always been hard. I remember early in my career I was on the implementation team for a new, state-of-the-art (at the time) applicant tracking system (ATS) to replace our outdated system of dummy terminals, triplicate job order forms, and bankers boxes of paper applications. Not only were we converting to a new system, but it was also the first time that each person would have a personal computer. On go-live day, I was excited for us to start using this technology that would revolutionize the way we work. We would be faster, more efficient, more communicative, and ultimately much more productive. This was a new era for our company!

Well, you may be able to guess what happened. As I walked into one of the offices on Monday morning, I was ready to receive accolades and expected to see people busy at work on their computers—instead what I saw was pretty much the same thing I’d seen the Friday before. The only differ- ence was now everyone was doing their manual processes beside a bulky, dormant PC sitting on their desks. Most of the computers weren’t even on, with the others displaying bouncing Windows screensavers on their monitors—a sure sign in 1996 that the computer wasn’t in use.

Getting a Tech Reality Check

Frustrated that all the time, money, effort, and training we invested was being wasted, I blurted out: “Why isn’t anyone using the new system?” The response was universal: “It was too busy this morning, and it was just easier to do it the old way.” Now, looking back, I’m sure they were right. Monday mornings were always the busiest time of the week, so rather than try to learn something new in the midst of chaos, the team had reverted back to what it was most comfortable with.

Fast-forward to today: We are in a technology revolution much like we experienced in the mid ’90s. Automation, mobile apps, and artificial intelligence are changing the way we work, with the familiar promise of being faster, more efficient, more communicative, and more productive. Take into account the talent shortage that we are experiencing both with field staff and internally, and it has become vital that recruiters and staffing firms leverage technology to its fullest.

...continue reading this article in Staffing Success magazine published by the American Staffing Association.  I'm a contributor to the Recruiting Today series.

Looking for free tools and information to grow your staffing firm? Check out our Resources page.

Learn another way to sell to prospective clients in the staffing industry.
Read More

Elements of a Killer Staffing Proposal

It’s time to give your prospect a proposal. So how do you make yours stand out from all the others,...
Read More

Hiring A Staffing Sales Rep? Here Are Four Things You Must Do

So you want to hire a new sales rep? Sales reps are the hardest positions to fill in the staffing...
Read More